From a Country of Clouds

The only instrumental track on 'Hy Brasil, Songs of the Irish in Latin America' is 'Country of Clouds.' It is an illusory piece that I have been tinkering with for many's the year, the meat of it only appeared over the last twelve months, but the bones were rattling around my noggin with a decade. For me, Country of Clouds is first and foremost some music that I imagined, but, in another way, it tells of the integration of the Irish into the Spanish and Latin-American world. It pays homage to those who were subsumed and also in another less quantifiable way alludes to those native peoples who integrated those large colonising forces in Mexico and survived the Spanish conquest. Country of Clouds could also be construed as Ireland, which has been plundered too by these same colonial conquests. Much like the interplay of clouds it is impossible to unravel and the forces at play continue to collide and interweave today.

While in Oaxaca, in southern Mexico (coincidentally, with a book called 'Invention of Clouds' in hand) I began forming the idea for these nebulous ramblings! For many years I've been singing the song 'Canción Mixteca,' a Mexican ballad, popularised by Ry Cooder and the film 'Paris, Texas' in the English speaking world. Heres a translation of the lyrics from Spanish.


"How far I am from the land where I was born, immense nostalgia invades my thoughts, oh to see me so alone and crestfallen, like a leaf gone with the wind, I could cry, I would die of grief. Country of Sun, I breathe to see you, now so far from me, I live without light, without love."

While I sing this song, I've been singing along with it the Irish ballad "Love is Teasing" (which I learned from my father). Though it seems unrelated, it somehow evokes a similar sadness as 'Canción Mixteca.' 'Love is Teasing' begins-

In Oaxaca, I learned of the Mixtec people from whom 'Canción Mixteca' gets its name. This ethnic group are spread from Puebla to those Mixtecos de la costa in Oaxaca and Guerrero. Mixtec means 'people of the clouds.' Having spent a few busy weeks in Oaxaca, I set off for the coast. Our bus weaved on and up the mountains over San Gabriel, Mixtepec, to finally trundle down to Puerto Escondido, our final destination, nestled cosily by the Pacific ocean. Mixtepec means 'hill of clouds' and that hill is hundreds of metres higher than our own lofty Carrantouhil, which certainly will never be reached by bus!


The footage for the music video to 'Country of Clouds' was taken at various parades and celebrations-one in Mexico City (at the 'Day of the Dead'), another in Bocarient, Spain (at Moros y Cristianos) and finally at 'White Nights' in the imperial city of St. Petersburg, Russia. In one last nod at trying to draw something concrete from clouds, one of my favourite novels 'Cloud Atlas' (by west Cork based English author, David Mitchell) is a beautiful paean to all these collisions of seemingly unrelated forces! 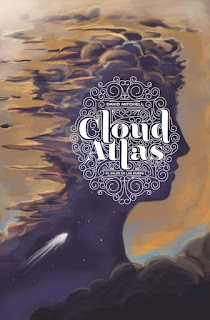 What grand tapestry is God weaving? We have no idea, only that it has poignancy, beauty and horror, often equal measure. All these elusive strands weave in and out of one another, their significance cannot be grasped, and the threads though common and interlaced, finally disperse and find another form.
Posted by Charlie O' Brien at 8:12 PM No comments:

"Hy Brasil, Songs of the Irish in Latin America"

Yesterday, I released my new album "Hy Brasil, Songs of the Irish in Latin America" on cd, vinyl, and digital formats. You can listens to excerpts of each track and buy the album from my website.

Embed for Hy Brasil, Songs of the Irish in Latin America