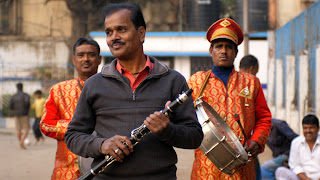 On my recent sojourn in Kolkata I came across a style of music called Shehnai. Shehnai groups are brass bands that play wedding music across India, their origins are colonial, from the mid 19th century. When the British formed brass bands to express their military splendour (impressing upon the locals the might of British imperialism) the locals formed their own bands for their own purposes--filling the skeleton of the colonial construct with the meat of their own local music. 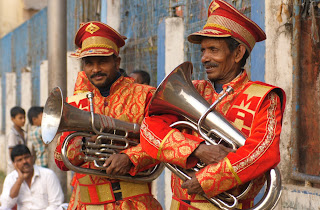 Shehnai, as well as being the name of the music, is also the name of the oboe like reed instrument that forms the backbone of the groups. Here are some images of "Sagar," the band I recorded.  They have their HQ in some of the more congested and warrenous dens near College St. Kolkata. Heres a quick listen to how Sagar sound (its a basic audio recording straight from the camera)... 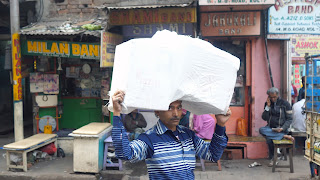 The band's garb pay more than a passing resemblance to Sgt. Peppers era Beatles, though methinks this is due more to the British military origins of the groups than any particular Indian appropriation of the Beatles. Until the advent of d.j.'s Shehnai bands were the go to music for any wedding celebration. Their popularity in recent years has been waning. The leader of Sagar, Mr Iqbal, when asked about if he was worried whether their type of music would continue replied "we have no reason to worry, when the world is over, the music is over." 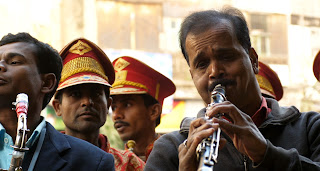 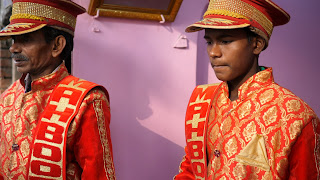 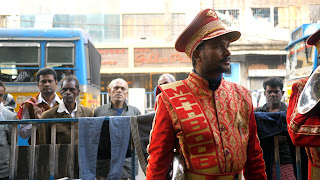