Stephen Barranco gave me a copy of the note below, he is a nephew of Victor, the writer of the note. We met Stephen and his son in North Carolina last August as part of the U.S. filming of "A Captain Unafraid." This typewritten recollection of his uncle was just one of many resources Stephen gave us access to. I've written out the whole note under the image.


"Dead," exclaimed "Dynamite" Johnny O' Brien, at his home 896, South 17th Street, Newark, N.J. when I visited him on June 24th. "Dead, huh? not by a damn sight! I'm going back to Havana this winter, and I'll beat the block off the man who spread the story." The man who made the Cuban Republic was reclining in an easy chair in the living room of his little cottage in New Jersey, but the news that his death had been published in Havana brought him to an erect position and filled him with indignation. He was undeniably very feeble but his eyes were bright with their old time fire as he promised to come back to Havana for at least one more winter before his activities on earth should be ended forever. "Tell 'em at the Plaza" said Johnny, "that I'll be there and to have a small glass, a little sugar, lemon peel-lemon-not lime- and a bottle of Bacardi ready, I'm going to meet all my friends and have a drink and a cigar with 'em all." The old man was sick and tired and I urged him to recline in the chair again.

His eyes became remininisent as he obeyed and it was easy to imagine that he once more saw the bright waters of the gulf, the blue heavens and the cool, green shoreline of his beloved Cuba, something was said of the Spanish War Veterans and he became interested again. " Tell 'em all "how" for me when you write" he said. "I wish I could be with 'em on the Fourth. Tell Fitzgerald to send me that medal they have for me and be sure and tell 'em that I'll be back in Havana again before I die" added Johnny before I departed, under the promise to call on him again and tell him the latest news from Havana. 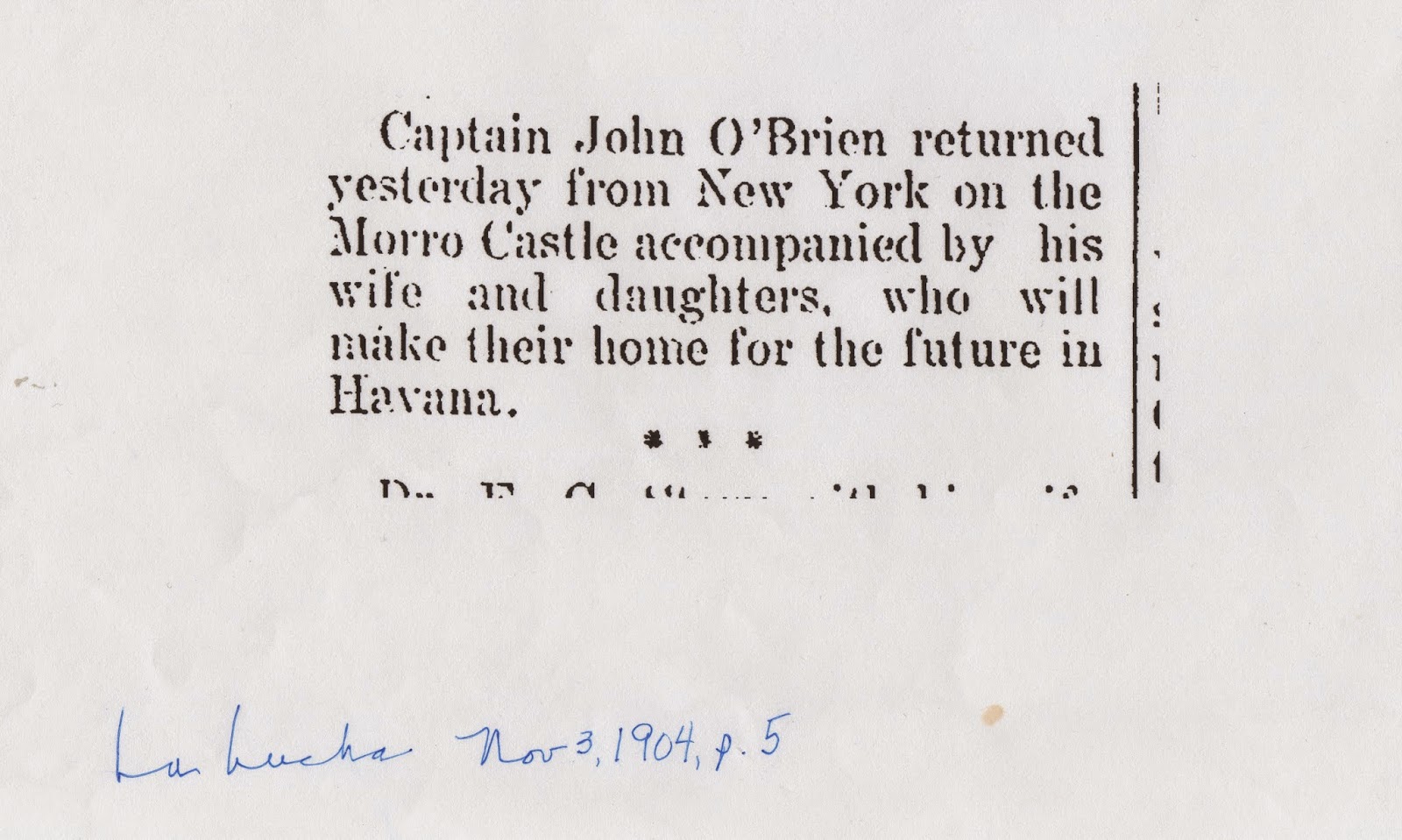 I was surprised to see Johnny back in New Jersey in 1914. I had thought he had moved permanently to Cuba in 1904 (only returning home in the winter of 1916).  The Cuban Newspaper "La Lucha" mentions Johnny moving to Cuba along with his wife and two daughters. It seems, like in earlier years, Johnny did wander in his last days.